I can finally stop watching "Revenge"

My wife and I can finally stop watching "Revenge," the ABC drama that features a Columbia 43, because they blew up and sank the boat.

We kinda enjoyed the first season of the show. The writing was pretty good and it had an interesting setting. But the second season got sillier and sillier. The latest episode 14, "Sacrifice," which we watched on Hulu, may be the silliest of all, especially if you know anything about boats. This recap captures the flavor of the episode. But the episode also had some great shots of Blue Norther, the Columbia 43 that plays the role of the sailboat Amanda.

In the dramatic conclusion, there is a shootout aboard the boat and a propane tank is hit, filling the boat with gas and the bad guy blows up the boat. It then burns and sinks. All pretty crazy and far fetched.

My question is: how did they do it without hurting the boat? It's pretty clear to me that the underwater shots of the sunken boat are not a Columbia 43. It looks much smaller. Did they have a set made of the interior of the boat? Was it all special effects? I hope the boat is OK. If anyone knows, please let me know in the comments. 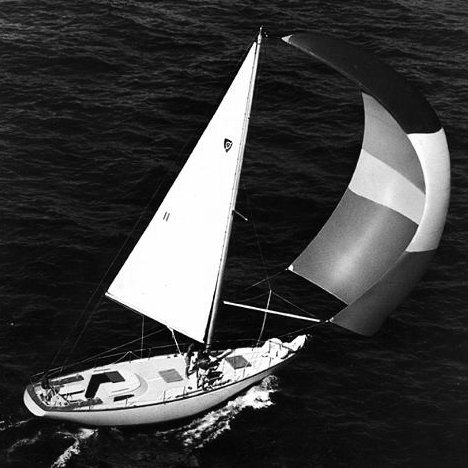