One of the most popular blog posts of last year was Making Big Decisions at the Big Seattle Boat Show about last year's trip to the show. I received many comments and advice from readers, which I really appreciate. Last year we made a few key purchases, but we left the big ones for this year.

We attended the show on my wife's 60th birthday. "The sound of my screaming you hear on that day will not be from me turning 60, but from all the money we will spend," she told our friends.

Here's what we bought and what we didn't:

Last year we decided that a Hydrovane would be the best self-steering device for our Columbia 43 sailboat. We didn't buy it then and we are glad we didn't. The Hydrovane is made in the UK and the Pound is weaker than the Dollar right now. With the "boat show price," we saved about $1,200. Even with the savings, it was our largest single purchase so far for the boat.

We are pleased and excited about it nonetheless. Mike Snyder, who owns Distant Dreamer (the Columbia 43 that won her class in the 1971 TransPac as Encore) contacted us last year and said the Hydrovane works superbly on his boat.

We actually decided to buy a new main from Dale Waagmeester, the sailmaker for Banks Sails Northwest, at the "little" Portland Boat Show. There is not much to interest sailors at the Portland show, but it's a fun date. We met Dale at a previous show and liked him immediately. He is making us a full-battened, loose-footed main that he says will be bulletproof. Our old main belongs in a museum.

We are also getting a Strong Track. With the full battens, we will need it. Dale made a full-battened main for Adios, a Columbia 43 that's famous on the West Coast for it's racing and cruising accomplishments. Craig Shaw, the owner, really likes the main and highly recommended Dale.


A couple years ago we attended a seminar at the Seattle boat show put on by Port Townsend Rigging. We were impressed with their lazy jack system. It looked to us like they had perfected it. This year we ordered ours at the show from Lisa Vizzini. This was another case where it paid to wait. Because they now price the system "a'la cart," we saved a few dollars.


Last year we decided we would get a Lehr 2.5 hp propane-powered outboard for our dingy. So when we saw them at the show Virginia walked right up and showed them the money. After much running around and wasting our time by the rep, we gave up. Turns out his dealers didn't have any to sell, so we'll just buy one later from West Marine. The $100 rebate was not worth the hassle.

We are still excited about getting one, in spite of the poor system in place for buying one at the show. One sailing friend in Tacoma says he loves his.

Virginia's quest to find a pair of foul-weather pants that were comfortable and fit finally came to an end at the show. She found the perfect pair made by Gill at the Seattle Sailing Club booth. She bought a pair of boots too. Thanks SSC! 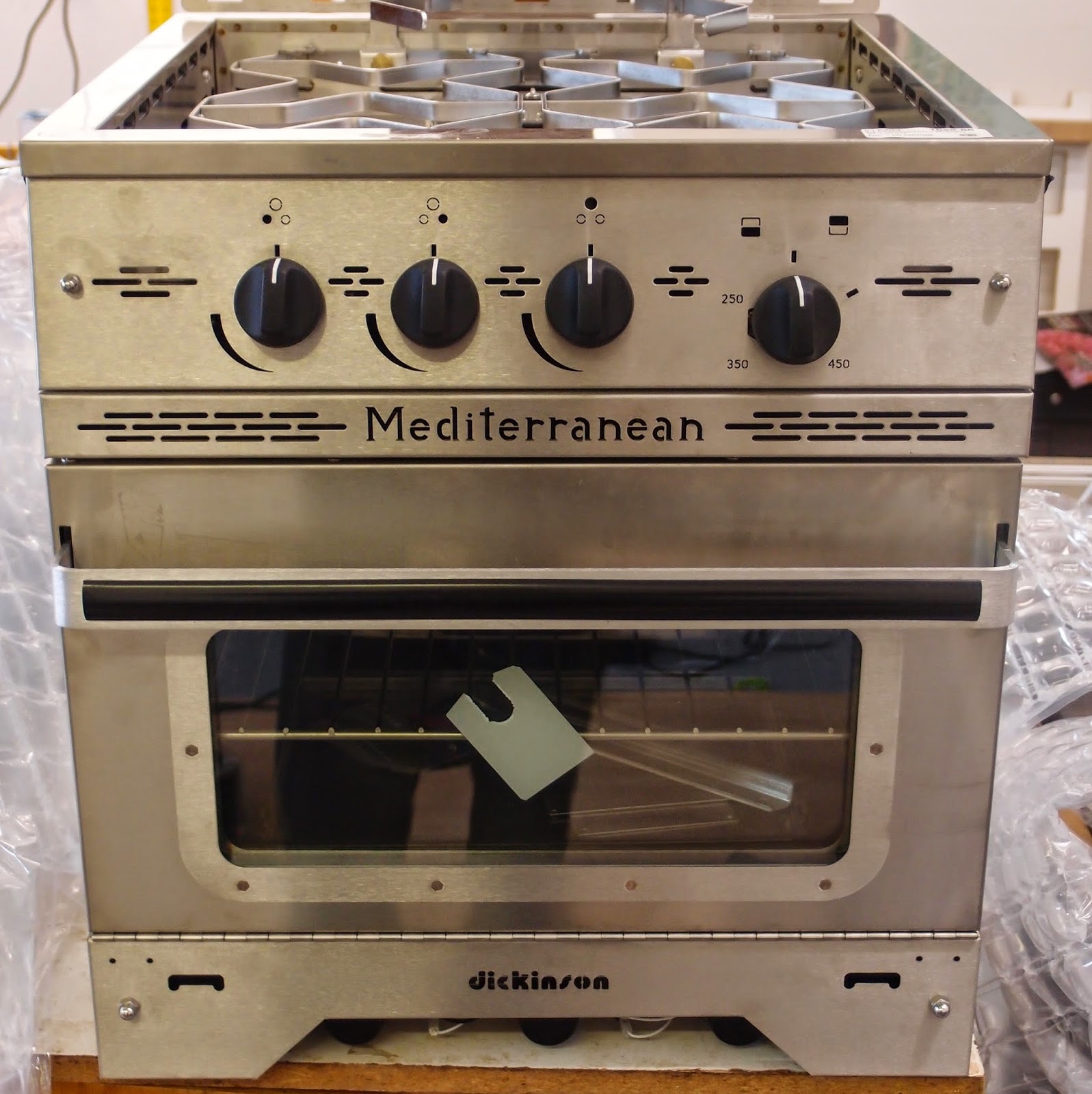 We decided that the old, hand-me-down propane stove was just too scary to use. We have no idea how old it is or even what brand it is. There is no lock on the door either. As if propane on a boat is not scary enough, big chunks of rust fall out of it just about any time we moved it.

After looking on online, we decided before the show to go with a Dickinson Mediterranean three-burner propane stove. The Force 10 three-burner was a close contender, but the Dickinson is clearly better in our opinion.

Sure Marine in Seattle had the best price on the web, so we visited their booth at the show. Unfortunately they were sold out of the Mediterranean. We went ahead and purchased the Dickinson Newport, a propane fireplace, and an 11-gallon water heater. I made arrangements to pick it up at Sure Marine's store the next day while Virginia played with some of the grandkids.

On my way to Sure Marine on Friday, I stopped in a Fisheries Supply, the largest chandlery in Seattle. I saw they had the Dickinson Mediterranean on display, but a Fisheries employee looked it up on the computer and found they were sold out as well. Discouraged, I walked back to pick up some rigging supplies.

I asked the fellow who helped me in the rigging department if there was a manager on duty. He directed me to Dave at the front counter. I found Dave and introduced myself and told him I really wanted to return home to Newport with a Mediterranean cookstove. Would he sell me his display model?

We came to an agreement that was about $100 less than the price I would have paid at Sure Marine. And I wouldn't have to pay the $200 shipping from Seattle to Newport. The wood cutting board that comes with the stove was missing, but I can make a new, better-looking one. I was happy. Thanks Dave!

In last year's boat show post I wrote about a forced-air diesel heater made in Finland. While these are very nice units, we decided to go with the simple and less expensive Dickinson Newport 1200. Mounting one on the bulkhead close to the mast is near the center of the boat and should keep us warm and cozy.

Harry James, a friend of mine from Alaska who is restoring an old Columbia 38/Constellation, gave me this good advice: "In Southeast Alaska, where reliable, dry heat is essential, I see lots of cruisers come north every summer. The majority have some variation of the Espar or Walbro furnace. I also see lots of commercial boats; none of them have an Espar or Walbro heater. I have never seen one on a commercial fish boat. There's a clue there. The Primary heat stove for the commercial fleet is some form of a Dickinson.
"I've skippered a 65-foot 73-year-old classic power boat since 2009. The Dickinson cook stove on it runs 365 days a year without a hiccup. If you are planning on living aboard in the Pacific Northwest, then you need some kind of reliable, simple diesel heater. I have a Dickinson Newport ... I remember a trip in my Triton from Juneau to Pelican in 2008. I pulled into Lisianski Inlet and anchored after 15 hours in the cockpit in 55 to 58-degree weather. The warmth from my little Dickinson left a memory that makes me feel good still."

'Nuff said. Thanks for the good advice Harry. It saved me time and money and will give me better results I'm sure.

We decided to go with the propane Newport over the diesel on the advice of the folks at Sure Marine. Running the propane line will be much simpler than the diesel line with a fuel pump too.

Since we hope to go north in the spring before heading south in the late summer, we bought San Juan Islands, A Boater's Guidebook from Heather Bansmer, who wrote it along with Shawn Breeding.

We thought it was about time that we updated our San Juans Afoot and Afloat book we used when we cruised the San Juans. The book got dog-eared from using it every summer with our three kids and a boarder collie in a 27-foot sailboat in the late 1980s and early '90s.

Heather and Shawn are also the authors of two excellent guidebooks we have: Sea of Cortez and Pacific Mexico. It was nice to meet Heather. We love all of her and Shawn's books.

We also bought two cruising atlases from Evergreen Pacific: West Coast of Vancouver Island and Northwest Waters, which covers from Olympia to Queen Charlotte Sound. No shipping or sales tax and a 20 percent boat show discount. I couldn't pass it up. 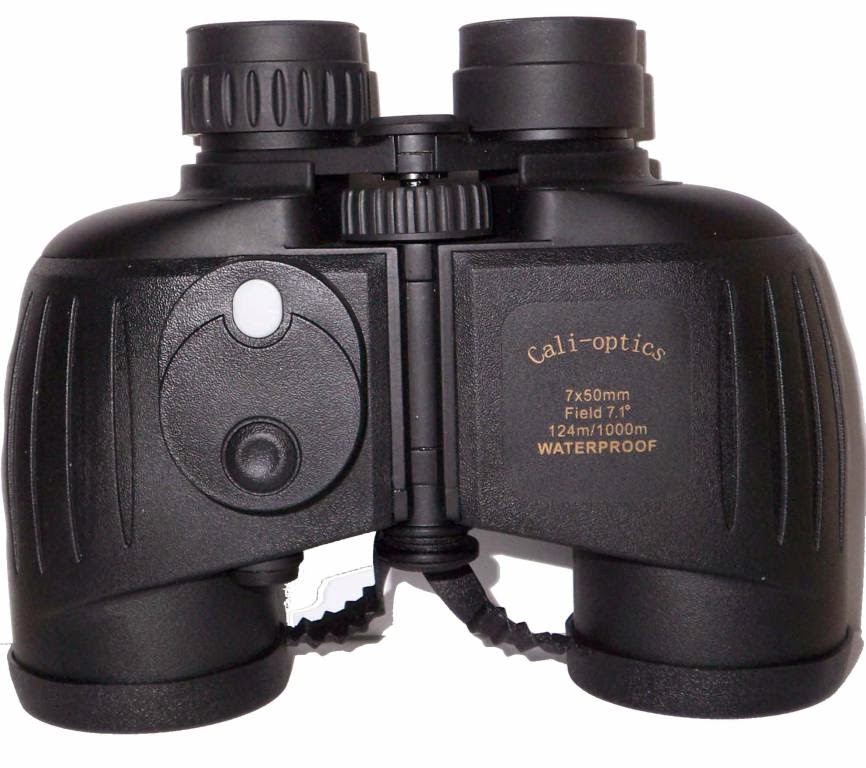 At last year's boat show I looked at the 7X50 binoculars that are a Chinese knockoff of a much more expensive German brand. I didn't buy them, but wished I had. So this year, I did. The optics are amazing! Viewing at night is super bright. These are the best binoculars I've ever looked through and they have a compass. The boat show deal was about $100 off their internet price.

The only seminar we had time to attend was the two hours presented by Pam Wall. I have a lot of respect for her and her late husband. These folks were out cruising and raising their kids on board their boat when I was still in high school. She had a lot of great ideas. One of my favorite was putting reflective tape on your mast, stantions and other places so your boat is more visible at night.
Posted by Brandon Ford at 7:57 AM No comments: